For the best premature ejaculation doctor New York has, schedule an appointment with Dr. Jack Bruder. He specializes in treating common male urological conditions such as premature ejaculation with sensitivity and discretion. To contact Dr. Bruder, call 212-661-7003 or make a visit to his office located in Suite 407 at 315 Madison Ave.

Premature ejaculation can be caused by a plethora of causes, including psychological, biological and even nervous system damage. When looking for a premature ejaculation doctor in New York, know that Dr. Jack Bruder has over 25 years of experience, and has seen it all. Premature ejaculation is mostly a psychological disorder but is recommended you consult a physician if the problem follows you into your late 20s and above. For most, simple treatment can help prevent this from continuing, call Dr. Bruder now to schedule an appointment.

Keep your Bladder Healthy with these Tips

What to Expect on your First Visit to a Urologist

Causes and Symptoms of Premature Ejaculation

What is Benign Prostatic Hyperplasia (BPH)? 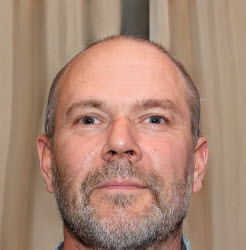